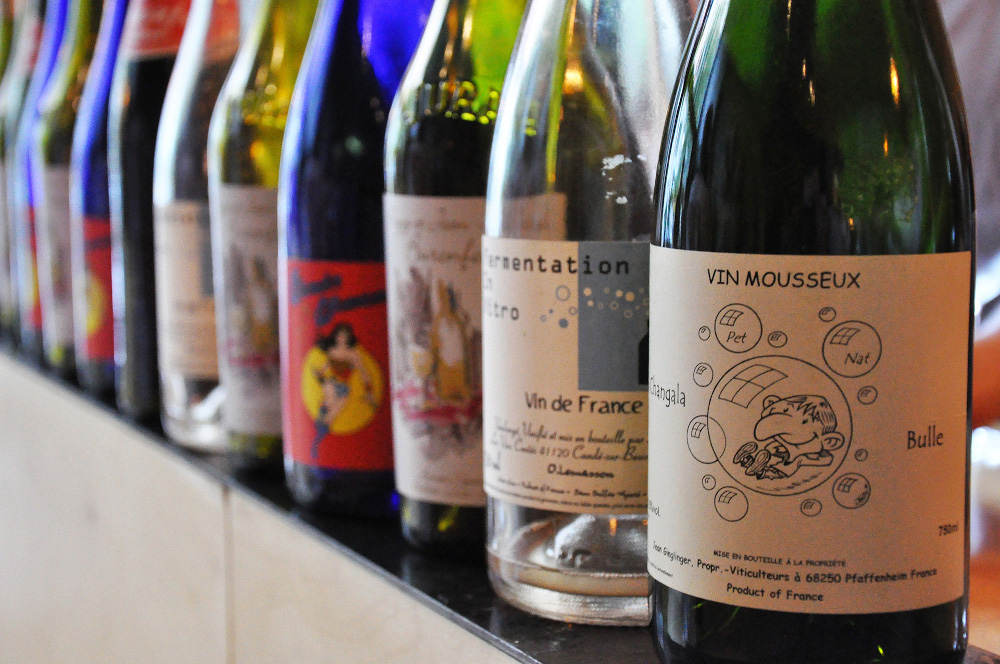 WHAT IS NATURAL WINE?

While no official definition exists, natural wine is considered to be an approach to winemaking both employed in the vineyards and the cellar.
These wines are fermented spontaneously with native yeast. None of the winemaking additives normally allowed are used in the process, except for a small amount of sulfur before bottling. Wines are bottled unfiltered and unfined (steps meant to clarify wine by removing dissolved solids). New oak is generally rejected because of the flavours it imparts on the wine, as is any other technique that significantly alters the wine’s makeup.
Basically It’s this hands-off approach in the winery that sets natural wines apart from organic and biodynamic bottlings.
If you’re even slightly into wine, you’ve probably heard about natural wine.
Think of it as wine unplugged. Natural wines are known for their funkier, gamier, yeastier characteristics and a cloudy appearance. They are often much less fruity and much more yeasty in their aroma profile than a typical wine, smelling almost like yoghurt or German Hefeweizen. Of course, some natural wines are quite clean and fruity indeed. But if you taste a few, you’ll discover most lean towards the sour, yeasty end of the spectrum.

Examples of natural wines are:
Orange Wine: This is a white wine that’s made like a red wine where the skins and seeds stay in contact with the juice during the fermentation.

Pétillant Naturel: (aka “Pet Nat”) This is a type sparkling wine that uses the oldest sparkling method called Méthode Ancestrale, where the wine finishes fermenting in bottles, which causes it to carbonate with a natural spritz.

Col Fondo Prosecco: A funky, unfiltered version of Prosecco like you’ve never had before!